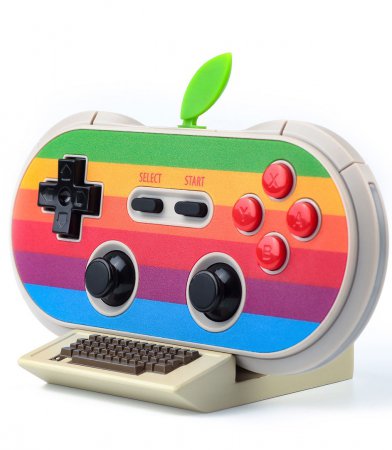 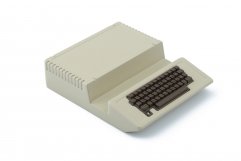 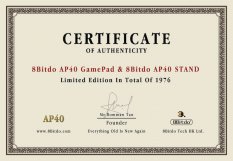 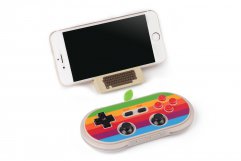 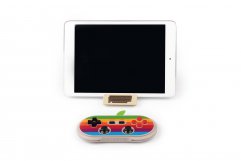 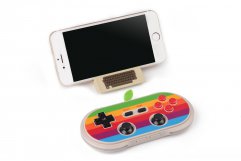 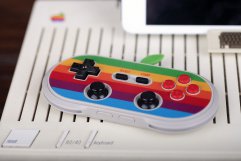 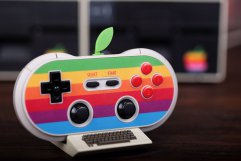 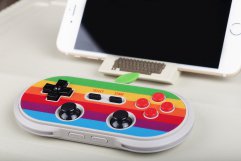 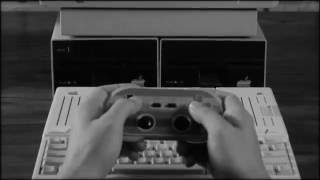 Apples 40th Anniversary
To celebrate Apple's 40th anniversary we wanted to bring something special to the world. Introducing the AP40, a wireless bluetooth controller, designed as an homage to Apple's original retro logo. It is compatible with many devices like iOS, Android, Mac and PC. Coupled with our Retro Receiver line, you can even use your AP40 on retro systems like the NES, SNES and now the Apple IIc.

Using the AP40 Controller
The AP40 is a Bluetooth controller. Connecting it with any of your devices is a breeze. It pairs the same way that most other Bluetooth devices pair. You start by putting your controller in "Bluetooth mode" then in your devices Bluetooth setting, select the controller and it's paired. Check out the video below to see how easy it is to pair with each device.

AP40 Stand
To honor Apple's pioneering Apple I in 1976, we designed a stand modeled after the original Apple II computer. It is designed to elegantly hold your AP40 controller, smart phone or tablet.