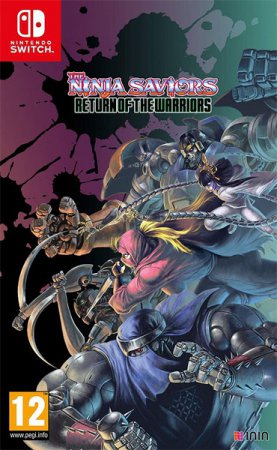 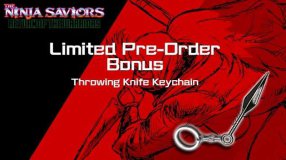 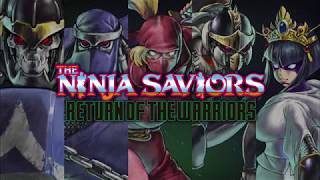 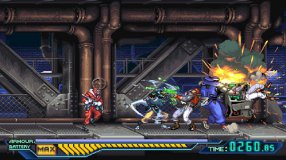 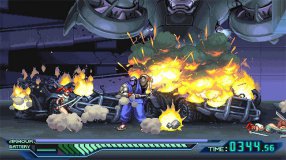 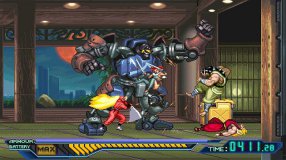 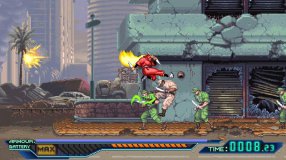 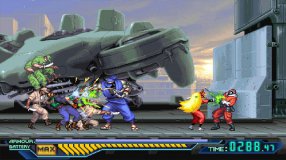 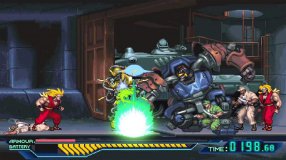 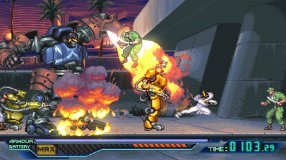 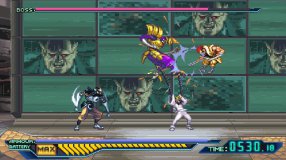 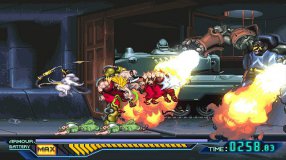 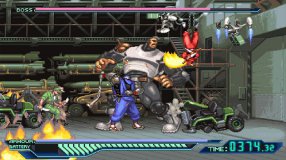 In THE NINJA SAVIORS Return of the Warriors, the player assumes the role of one of five android ninjas to take on the tyrant Banglar and his henchmen with a variety of individual moves in a dystopian future.

The 16-bit pixel art of the classic has been retained, but significantly revised to take advantage of modern gaming hardware. Two new playable characters have been added, as well as a two-player co-op mode, which was not possible in “The Ninja Warriors Again”. Of course the legendary sound of TAITO’s house band ZUNTATA is part of the fun once again.